Jesus welcomed the people, taught them about the Kingdom of God and healed those in need. Luke 9:11
About Us
Testimony
We prayed for healing and for the constant pain to leave. It did. It has been almost seven months since the retreat and the pain has not returned..... Read More...

The Story of Ellel Ministries

It started with a car

It all started with a car; a 1933 Alvis Speed 20 Sports Tourer and a young English man called Peter Horrobin who loved classic cars. He especially loved old Alvis cars, but he couldn’t imagine being able to afford a Speed 20 of his own. Not until one glorious day in 1970, when a friend from the Alvis Owners Club phoned to ask, “Would you like to buy an Alvis Speed 20 for £50?” Oh yes he would!

But why was it so cheap? Well, unfortunately it had been stolen, crashed, vandalised, set on fire and dumped in the River Mersey! But the friend had arranged its rescue, recognising it for the special car that it was, even in that broken state.

Peter was thrilled to purchase his own Alvis Speed 20 and began to strip down the car to the bare chassis. At about 4.00am one morning, after a night working in the garage, he made an awful discovery – the chassis was bent. The car could never be driven safely with a bent chassis and he began to think that he would never be able to restore this lovely old car. And then, out of the blue, at that moment of terrible realisation, Peter became very aware of God speaking to him, there in the garage.

Quite clearly, Peter heard the Lord say “You could restore this broken car, but I can restore broken lives. Which is more important? Broken cars or broken people?” Peter wanted to say the broken car! But he knew that was the wrong answer! His compassionate heart responded to what God was saying and he has never forgotten the moment when God said to him “I can restore broken lives”.

Over the next ten years or so, he ran his own publishing company and among other things became chairman of the local Inter-Church Fellowship. As a child Peter had sensed a call from God to serve Him in full-time ministry, but somehow the Lord didn’t seem to open any doors.

Then one day he received another phone call. The caller was another member of the Inter-Church Fellowship, Sister Aine. She needed his advice. A woman, who was terribly distressed, had come to her at the hospice where she worked. Sister Aine didn’t know how to help. Peter agreed to come but the poor woman was sobbing so much that she couldn’t speak, so neither Peter nor Sister Aine had any idea what the real problem was.

However, as they prayed, God supernaturally revealed to Peter the exact nature of the problem and the distressed lady was amazed. They were able to pray for her effectively and she received both God’s healing touch and a glorious reassurance that the Lord really did know her and care for her. She had begun her journey of healing.

As Peter drove home that night, he again sensed the Lord speaking to him, saying “I want you to spend the rest of your life bringing healing to those in need and teaching others how to do the same”. In that moment he remembered the night when God had spoken to him over the Alvis and suddenly it all began to make sense. It was the same voice. The call of God was unmistakable.

He started to pray about the vision God had given but immediately encountered a problem. He couldn’t pray! It was as if heaven had suddenly closed its gates and prayer was no longer possible. After some time of frustration, he eventually came to the end of his own efforts and heard the still small voice of the Father saying, “Before I can let you pray into this vision, you need to know that walking with me in obedience may cost you everything you have and everything you are. Are you willing?” Slowly, step by step, the Lord took him through every area of his life – home, family, possessions, status, reputation, hobbies etc. God did not say he would lose any of these; He just asked whether he was willing to. It was only when victory had been won in every area that he was at peace and able to start praying about the call to bring healing to God’s people.

From that point on Peter prayed every day about the vision. He studied the Scriptures diligently, seeking for a biblical understanding of how to bring God’s healing. As he studied, he identified many of God’s key principles for healing, such as forgiving those who harm us, repentance from sin, God’s acceptance of us as His children, God’s heart for restoring us after failure, a Christian’s spiritual armour for protection and so on.

As Peter continued to seek God, a committed group of people eventually gathered regularly to pray with him for the establishment of this healing ministry which God had called him into. As they prayed, they felt the Lord wanted a Christian healing centre to be established in the northwest of England - and this vision burned in their hearts as they prayed for it year after year.

A home for the Ministry

The vision was finally realised in 1986 when agreement was reached with the owners to buy a large country house near Lancaster, called Ellel Grange. An appeal went out and many churches and individuals responded with gifts and loans.

The team were greatly encouraged and continued to pray. On the completion date, when the full amount had to be paid to buy Ellel Grange, Peter sat at his desk to find out whether he had enough money. He could hardly believe what he saw! On one side of his piece of paper was a list of everything needed for the purchase, together with all the expenses to date, and on the other side was all the income received from gifts and loans. The income exceeded the costs by just £6! God had done it, Ellel Grange was purchased, and the work of Ellel Ministries started with great rejoicing on 31 October 1986.

The team of prayer ministers which formed in the early days started a journey in which there were many, many blessings, but also many trials and tests. They learned much from others already experienced in the healing ministry and through perseverance and faithful resilience they also learned their own lessons in how to set people free. The Lord revealed keys to healing through their patient, persistent work with one person at a time. There were victories and failures. There were times when they wanted to give up. But they refused to accept that anyone’s problem could be too hard for God, however deeply broken the person was.

Eventually there were major breakthroughs. The Lord showed them where the keys could be found in His Word for deep healing of individuals and how to apply them. These were shared with God’s people through training courses and, later, on longer-term residential schools. New centres were started in the UK and then around the world in response to the requests from people who said “we need this ministry where we live!” As more keys were found, the number of courses increased, books were written and even an online training programme called Ellel 365 was developed. These hard- won keys for personal freedom can be yours too.

What happened to the Alvis?

What about the Alvis? Was it dumped? Certainly not! Peter wrote to the manufacturers and obtained a copy of the blueprint from which the car was produced. Using this he was able to get the chassis heat-treated, straightened and restored. Peter’s time is largely taken up by the ministry, but he still managed to work on his beloved Alvis occasionally until more recently when he took the car to a specialist engineer to work on completing the restoration work.

We may believe there isn’t too much wrong with us, or we may even think we’ve been broken beyond repair. But our Father has the blueprint. He made you and He knows how to restore every part of you. It may take time, it may cost something, but each person is far more precious to God than Peter’s Alvis car has been to him. The Alvis is just a picture of God’s desire to restore you, even if you are not in great shape right now! He gets right to the foundations, to the roots of the problem. He rescues, He restores and He makes new. 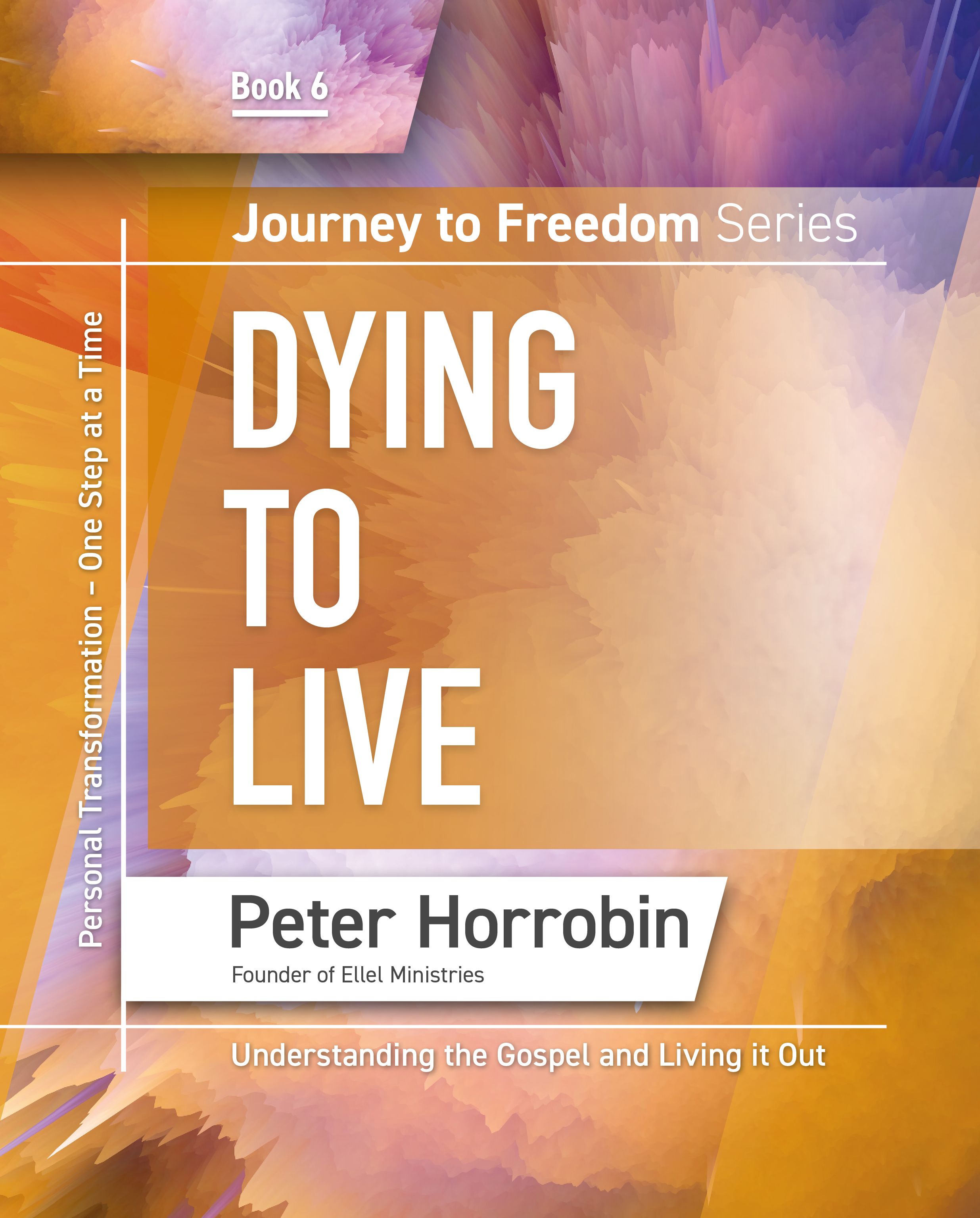 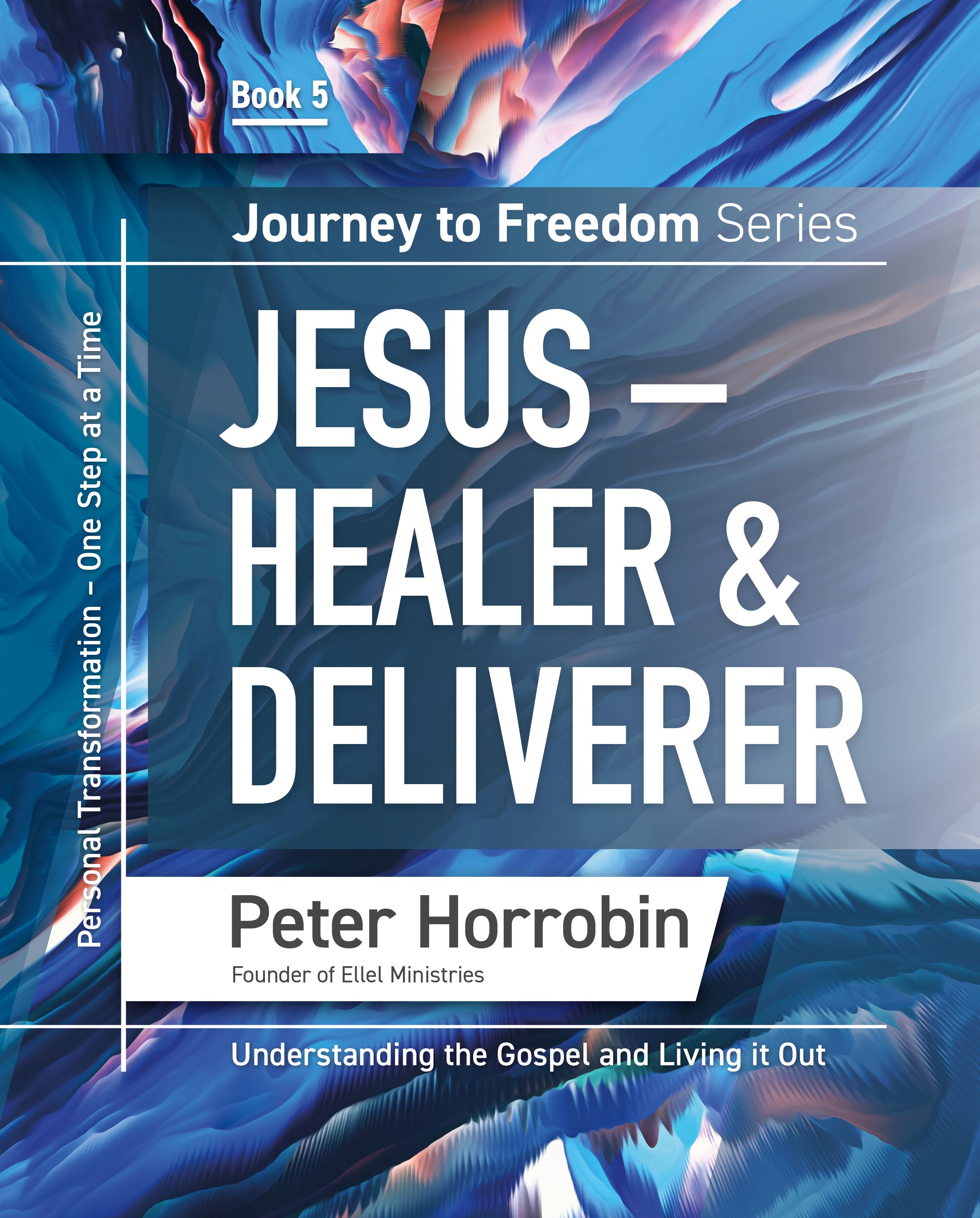 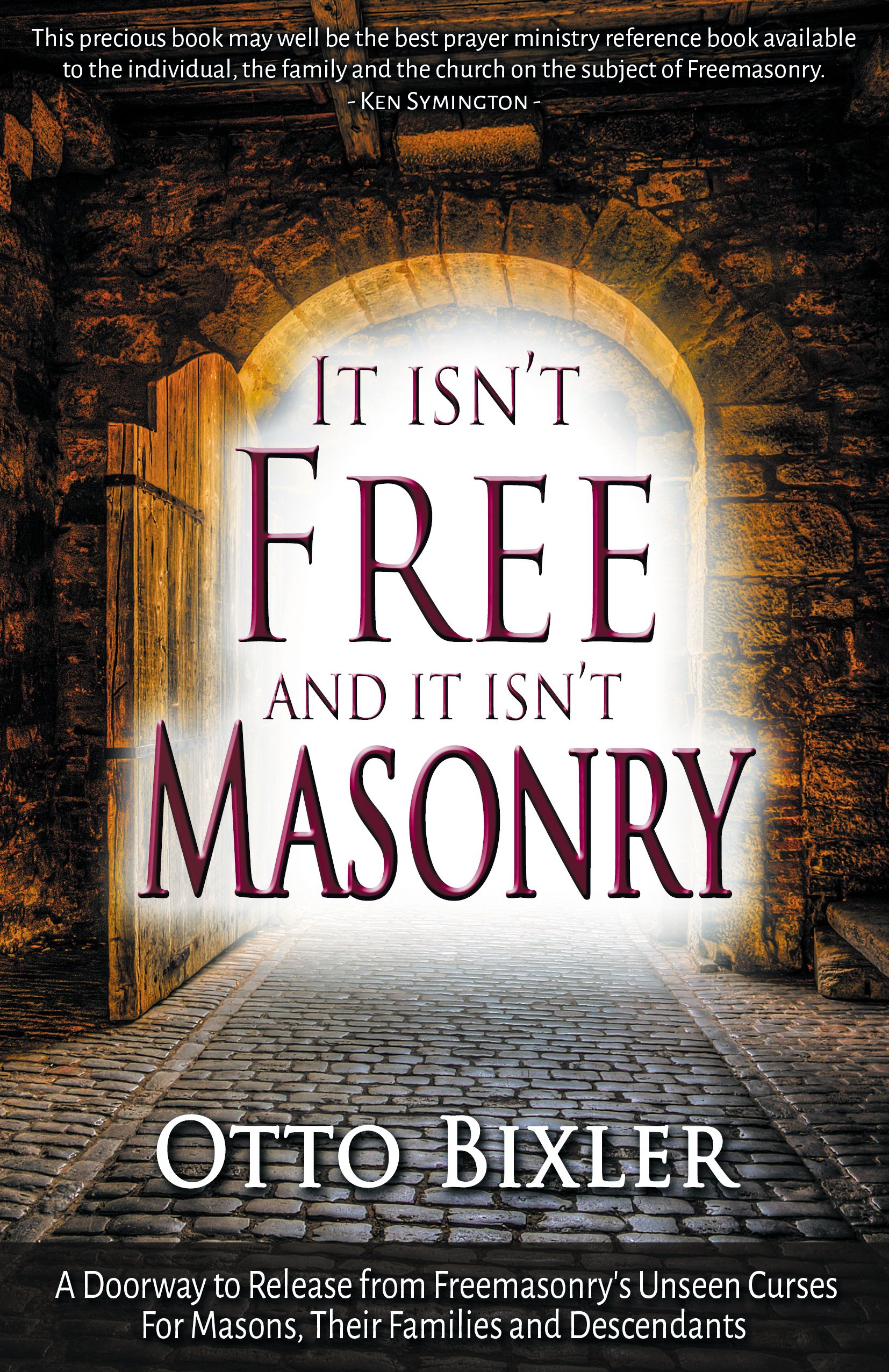 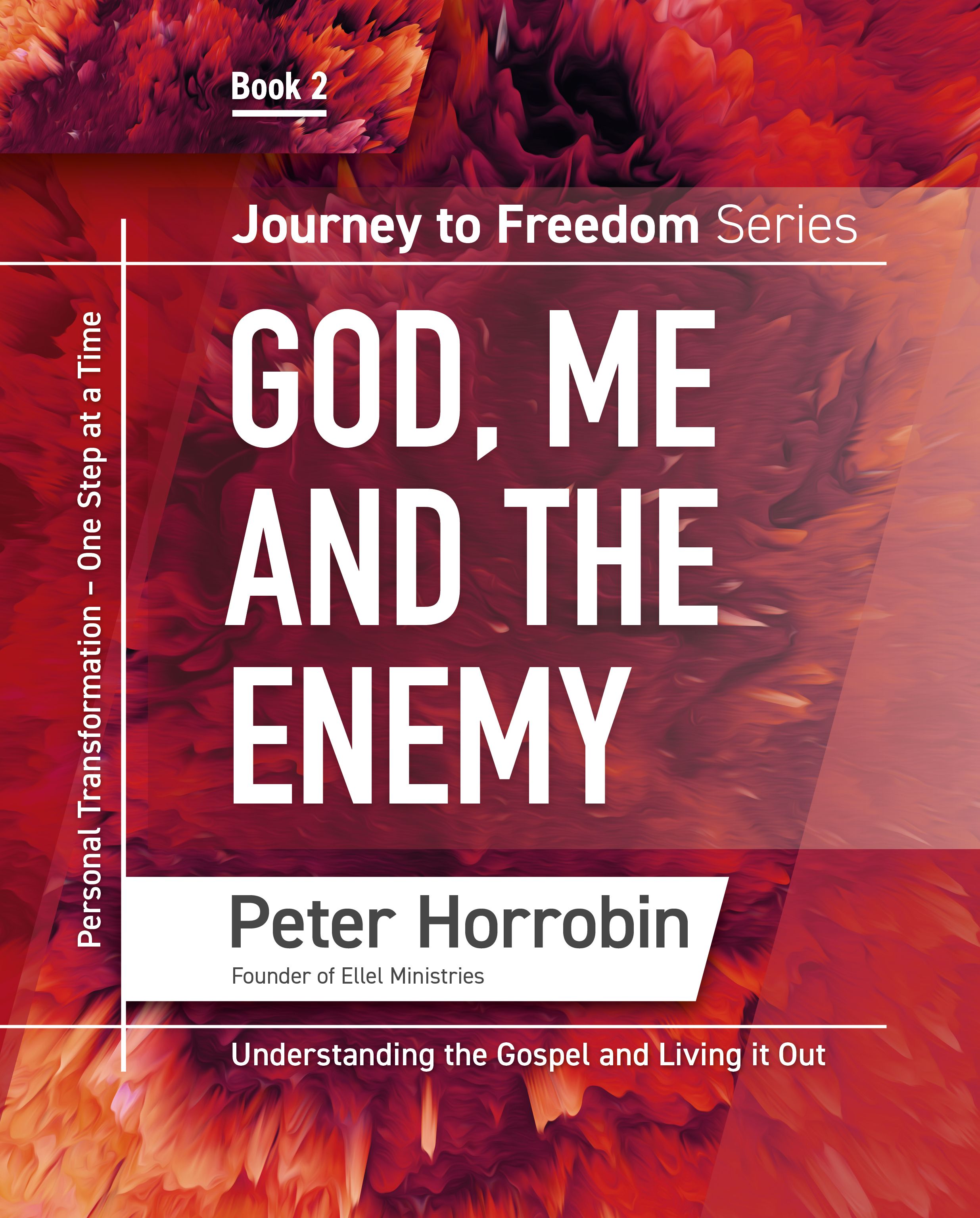 Journey to Freedom Book 2 - God, Me and the Enemy 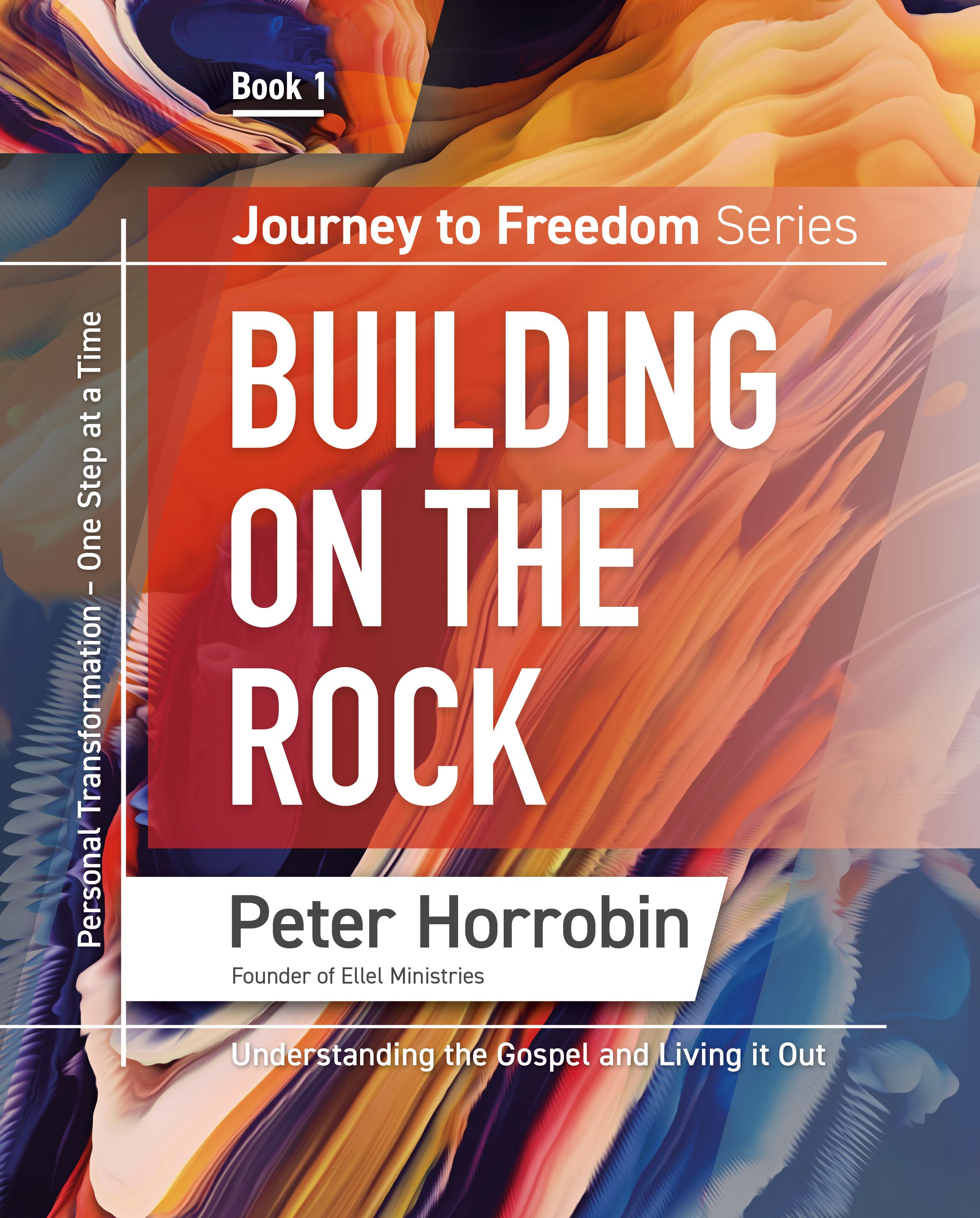 Journey to Freedom Book 1 - Building on the Rock 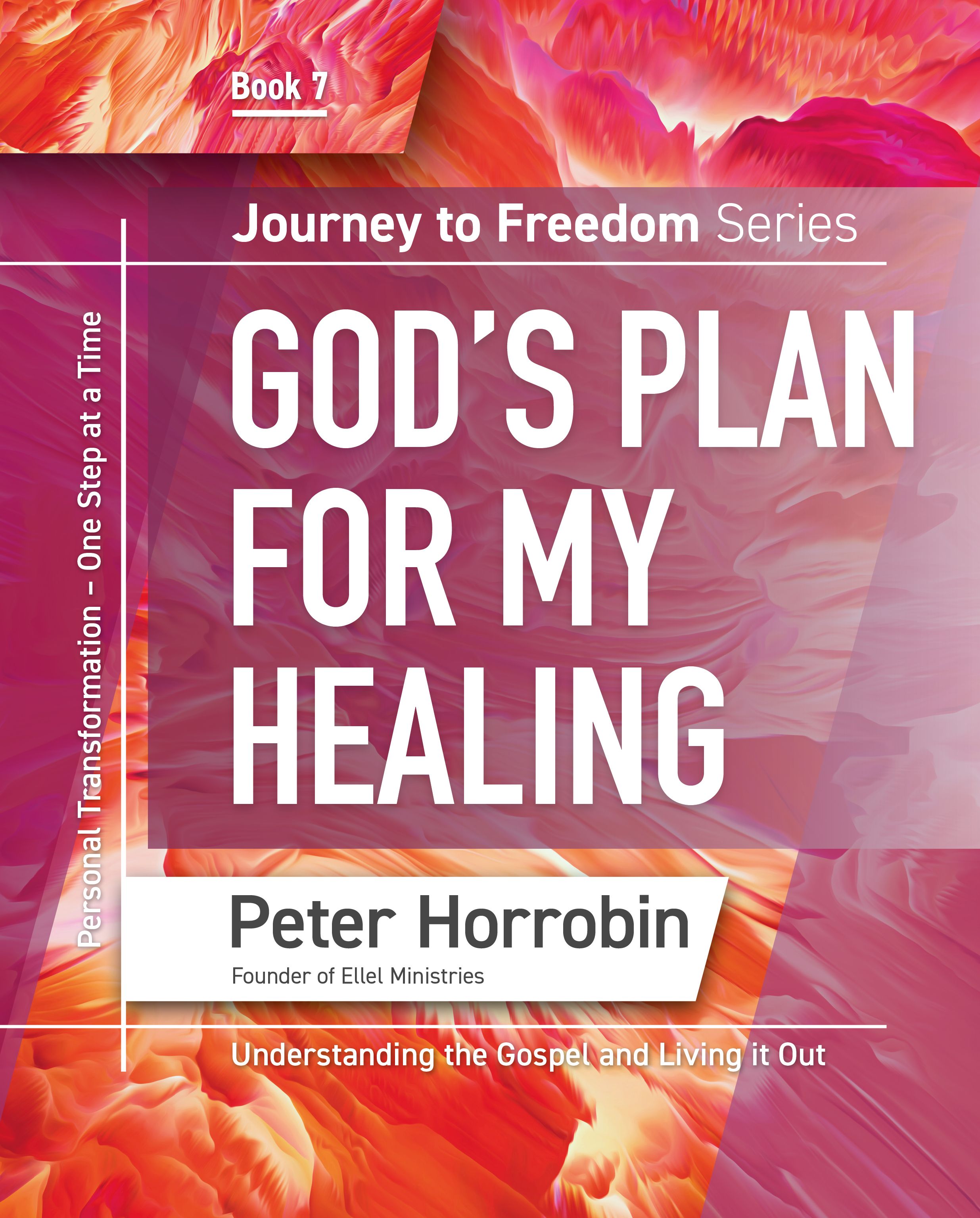 Journey to Freedom Book 7 - God’s Plan for My Healing 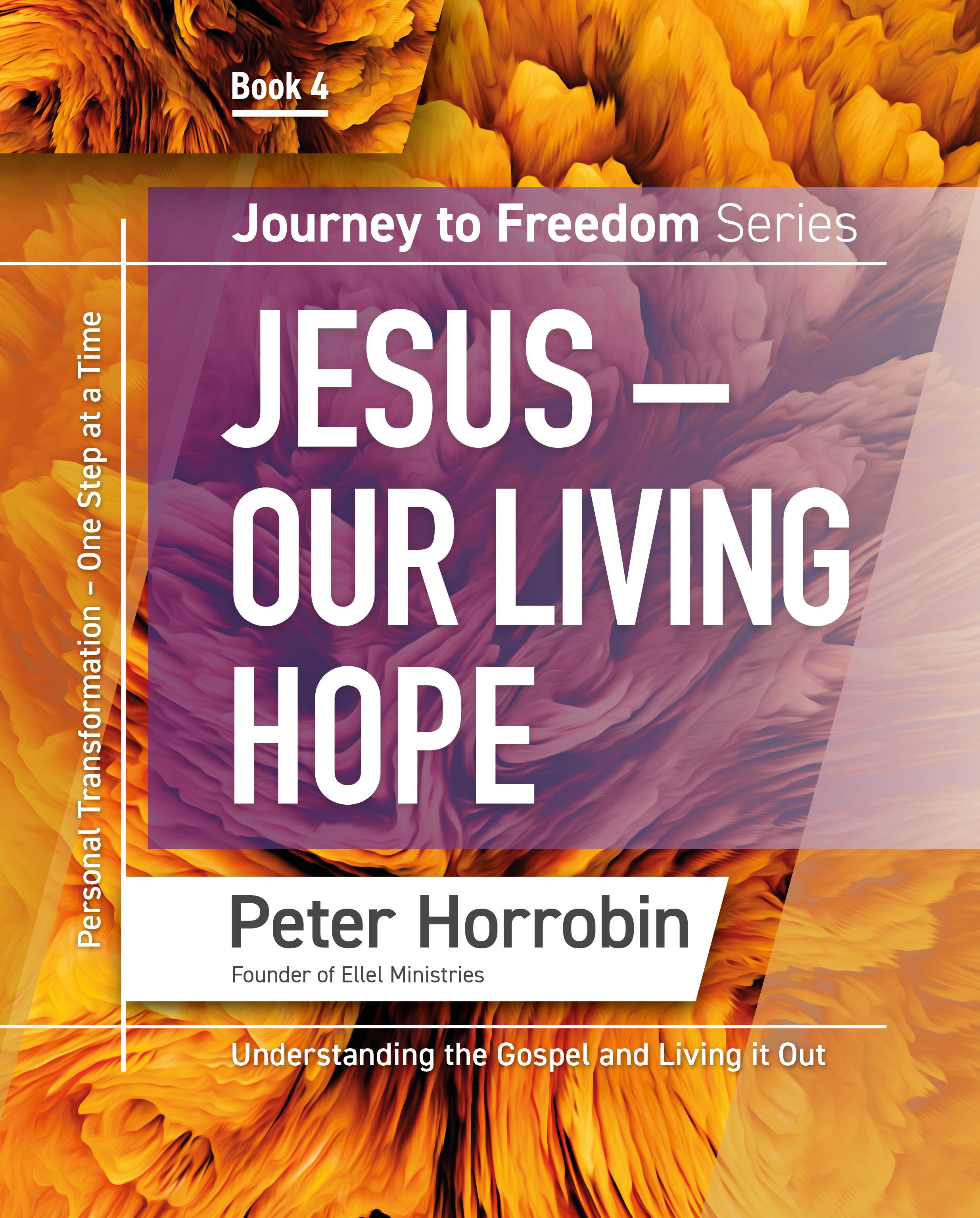 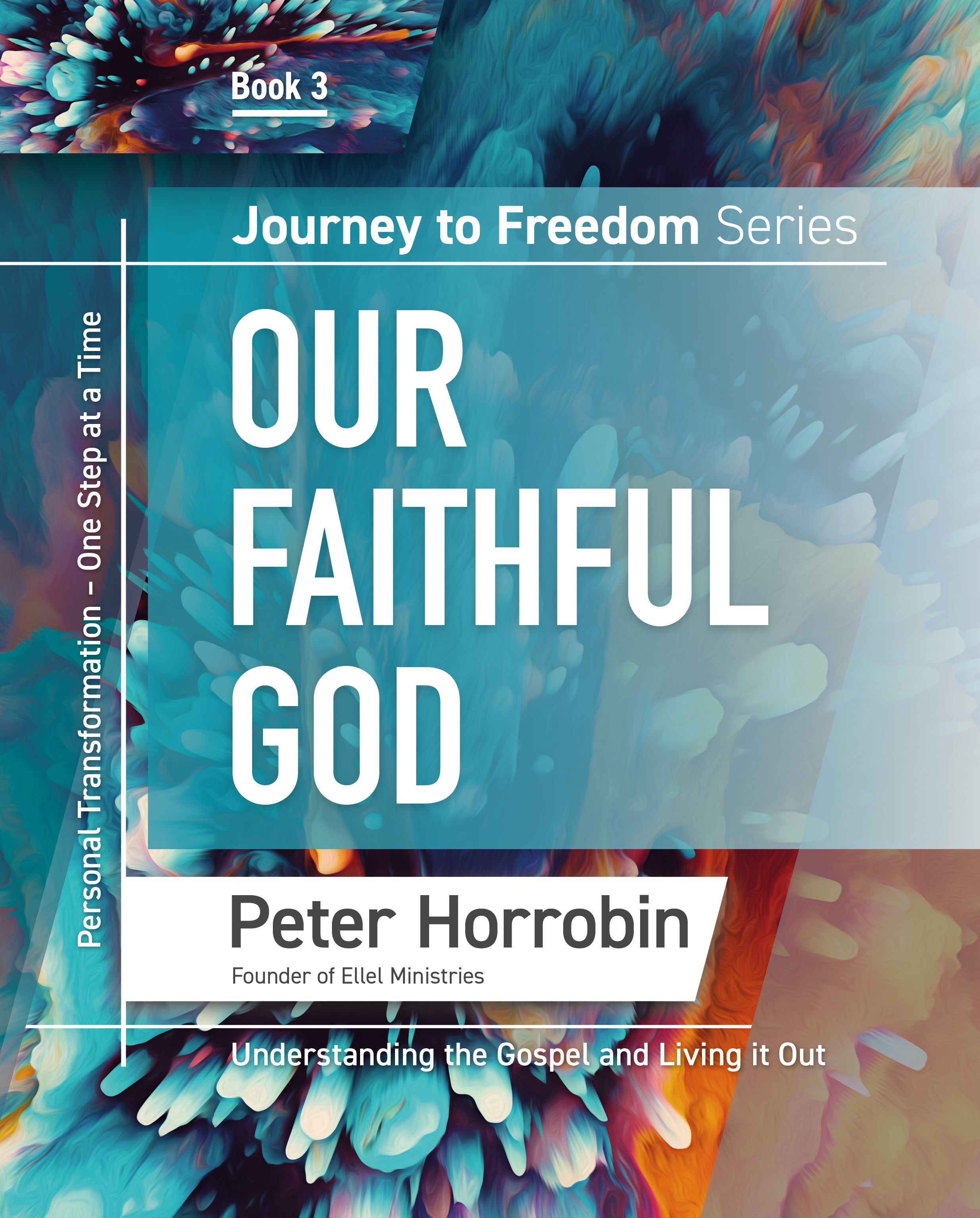 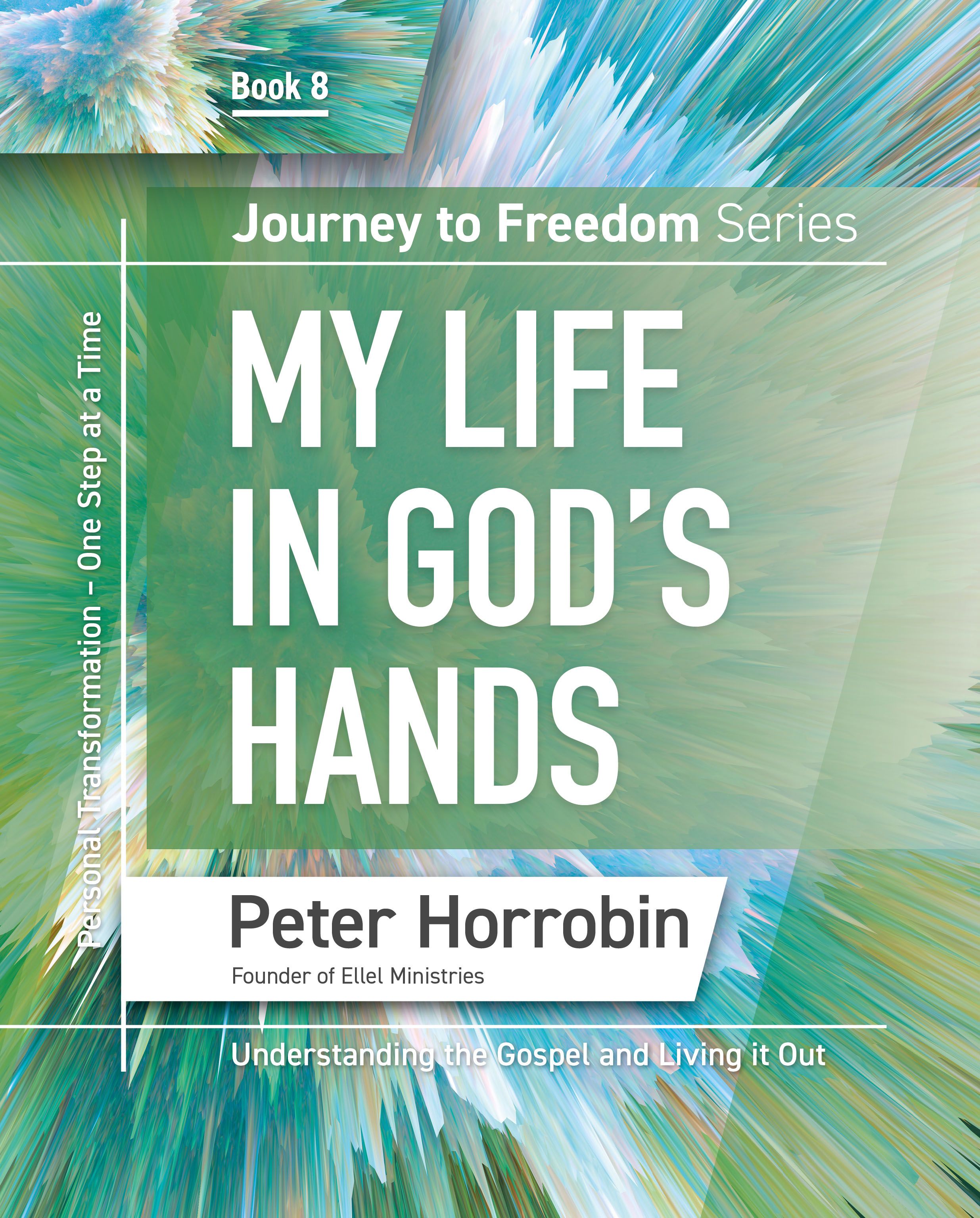 Journey to Freedom Book 8 - My Life in God's Hands 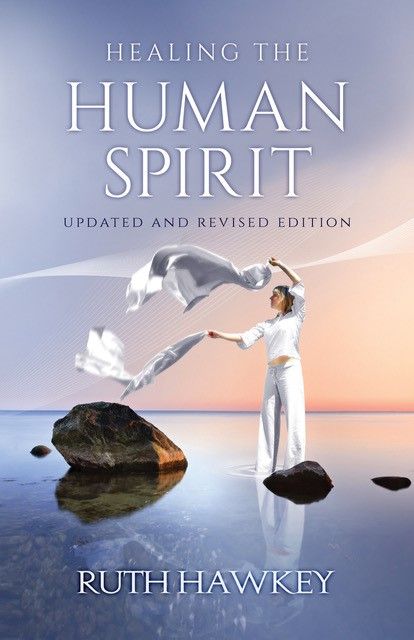