« Previous Day | Next Day »
Your attitude should be the same as that of Christ Jesus: Who, being in very nature God, did not consider equality with God something to grasped, but made Himself nothing, taking the very nature of a servant, being made in human likeness. And being found in appearance as a man, he humbled himself and became obedient to death, even death on a cross.
Philippians 2:5-8, NIV

In my country, it’s normal to walk around the streets and hear people arguing about politics, discussing who’s going to be elected as the next President, the Prime Minister, a Member of Parliament or some other position of authority. It’s the talk of every household.

As I look at the disciples of Jesus I see they had the same kind of arguments. Who was to be first? Who would sit on the right and left hand of Jesus in His Kingdom? Their focus was on themselves.

Jesus was never tired of answering their questions concerning this matter. We get His teaching on it in many parables in the Gospels.

His entire life was centred on serving us, even to the point of dying for us. He didn’t consider Himself great, nor did He want people to know Him as anybody great. ‘He took the very nature of a servant’. And He taught His disciples and followers to be servants (Matthew 20:26).We need to grasp that the way to greatness is through being a servant.

Jesus was also a Son in every way. He didn’t seek to do His own will but that of the Father because He was one with the Father. As a Son, He was obedient to His Father, He trusted His Father even when He was given as a sacrifice for our sins.

A son should trust, obey, and love his father. He should find security in his father, ask for what he needs and learn from him. But unlike a servant, a son can inherit what belongs to his father.

That’s what we ought to be; servants and sons, having the nature of servants, and also the nature of sons, being obedient, loving and trusting the Father.

Joan Rono has been involved with Ellel ministries since 2008,working at Ellel grange for 5 years before moving to Ellel Blairmore in 2013 to work as hospitality coordinator. Having walked the Healing Journey, Joan has a passion to see others healed and transformed. She also has a passion to see young people walk in purity and holiness. She enjoys walking and reading in her spare time.

Steps To Life 15 of 52: Setting the Captives Free - MP3 Download 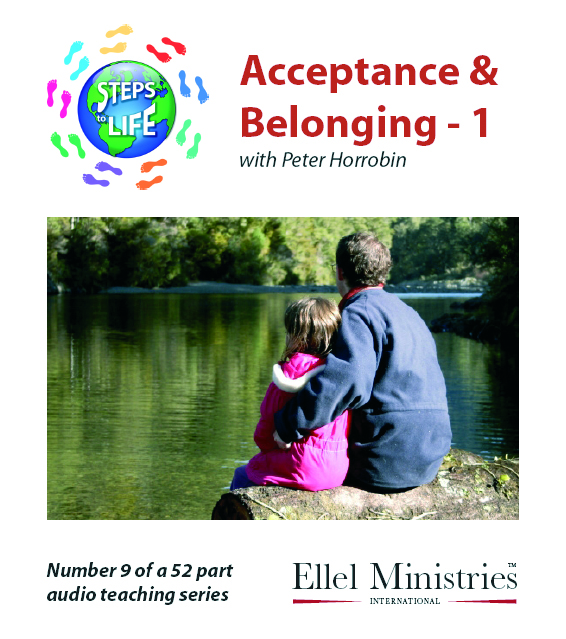