« Previous Day | Next Day »
Then Jesus told his disciples a parable to show them that they should always pray and not give up.
Luke 18:1, NIV

The ‘Cuckoo Trail’ largely follows the route of a disused railway line, the ‘Cuckoo Line’, which opened in 1880, and ran between Eridge and Polegate railway stations, creating a direct route between Eastbourne and London. It obtained its name from the tradition that the first cuckoo in Spring could be heard at the Heathfield Fair. The line closed in 1968 under the programme of closures by Richard Beeching. Since 1990, it’s been used by walkers, cyclists and horse-riders, and is very popular.

An interesting feature of the route is the many apple trees (and some pear trees) that grow either side of the trail. They are the result of passengers eating fruit on the way to or from work, and then throwing the core out of the window. Those unwanted cores contained seeds which eventually grew into the apple and pear trees that help to make the trail so attractive.

At a recent prayer meeting, God reminded me of this, and showed me that, while our prayers may not seem of much value, at times even rather ineffective when compared with the massive issues we might be facing personally, within our family, within the Church and within our nation, God hears them all, and regards each and every prayer as important. Our job is to sow in prayer and to leave Him to bring forth the harvest at the time of His choosing. Not one of our prayers is ever wasted.

God doesn’t judge the value of our prayers on the length of them, the articulate language used (or not), (see Luke 18:9-14), how many Bible verses we may be able to include, or even how many of us are there praying together (two or three is ample for God – see Matthew 18:20). He just wants us to pray, and keep on praying, whenever and wherever we can - long prayers and short prayers, and especially the ones that come from the very depth of our hearts. He’ll do the rest. None are wasted. Don’t stop praying. Leave the results to Him.

Prayer: Oh Lord, forgive me when I so easily give up praying about things. So often I get distracted, and at times I wonder how my simple prayers can make a difference. Thank You for reminding me that my prayers are important to You. You value them, and they are like the simple apple cores sent out along the ‘Cuckoo Trail’ that now bear fruit as a testimony that nothing’s ever wasted in Your economy. Amen.

Philip Asselin Philip is on the associate ministry and teaching teams with Glyndley Manor. He and his wife Gillian attended the second Healing Retreat at Glyndley Manor in 1992, and were greatly helped. They have two grown up children, one grandson, and a step-granddaughter in California, and a daughter and granddaughter in Eastbourne. His desire is to see people healed and set free to serve God. Living the Life (Book and DVD) 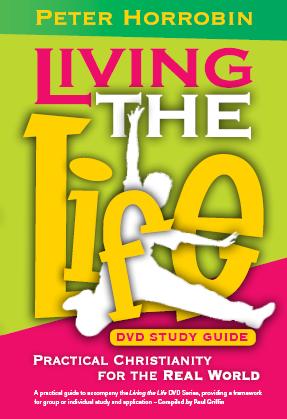 The Dangers of Alternative Ways of Healing